Rich in history and culture, Toronto is home to numerous historic buildings mixed in elegantly with its modernly-designed, newer architecture. Not only is it the largest city in Canada, but Toronto has also been recognized as being one of the most diverse cities in the world. With such an eclectic blend of different cultures and history, there’s plenty of intriguing things to explore and historic landmarks to seek out. And among those intriguing and storied landmarks is the Fairmont Royal York Hotel, located in the Financial District of downtown Toronto.

Completed in in 1929, the Fairmont Royal York, towered over the city of Toronto, making it the tallest building not only in Canada, but in the entire British Empire as well at the time. Though its tallest building status would be beaten the following year, The Fairmont Royal York has still held its grandeur and appeal as a hotel full of history and stories amidst the backdrop of one of the most multicultural and cosmopolitan cities in the world. 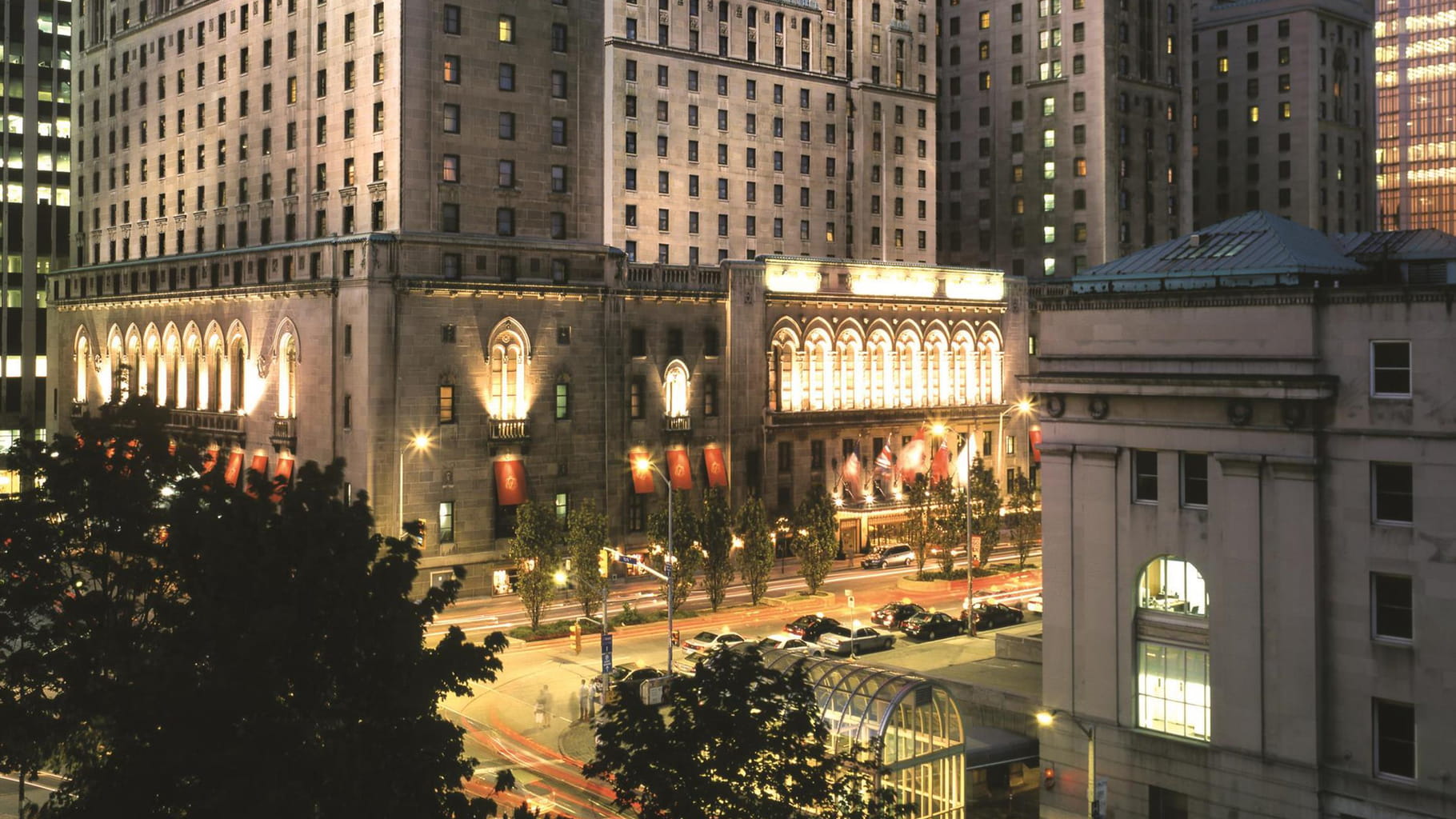 Historic Site for a Historic Hotel

Before it became the home for the Fairmont Royal York, the land where the hotel sits had already seen its fair share of history. A highly revered lake-boat captain by the name of Captain Thomas Dick build four brick houses on the site in 1843, dubbing it Ontario Terrace. It was later refurbished and renamed the Sword’s Hotel ten years later and then again renamed the Revere Hotel after a change of ownership in 1860. Then in 1862, Captain Thomas Dick bought back the hotel, giving it yet another renovation and a new name…Queen’s Hotel.

Queen’s Hotel became an iconic and integral part of the city, hosting prominent guests like the Prince of Whales and even becoming a popular destination for American Civil War defectors from the Confederate Army. However, when the Canadian Pacific Railway bought the Queen’s Hotel in 1925, its president had other plans in mind…to demolish the Queen’s Hotel with the intention to construct the largest hotel in the British Commonwealth. And thus, the Fairmont Royal York, with its towering Chateauesque-style architecture and over 1,000 guest rooms was built. 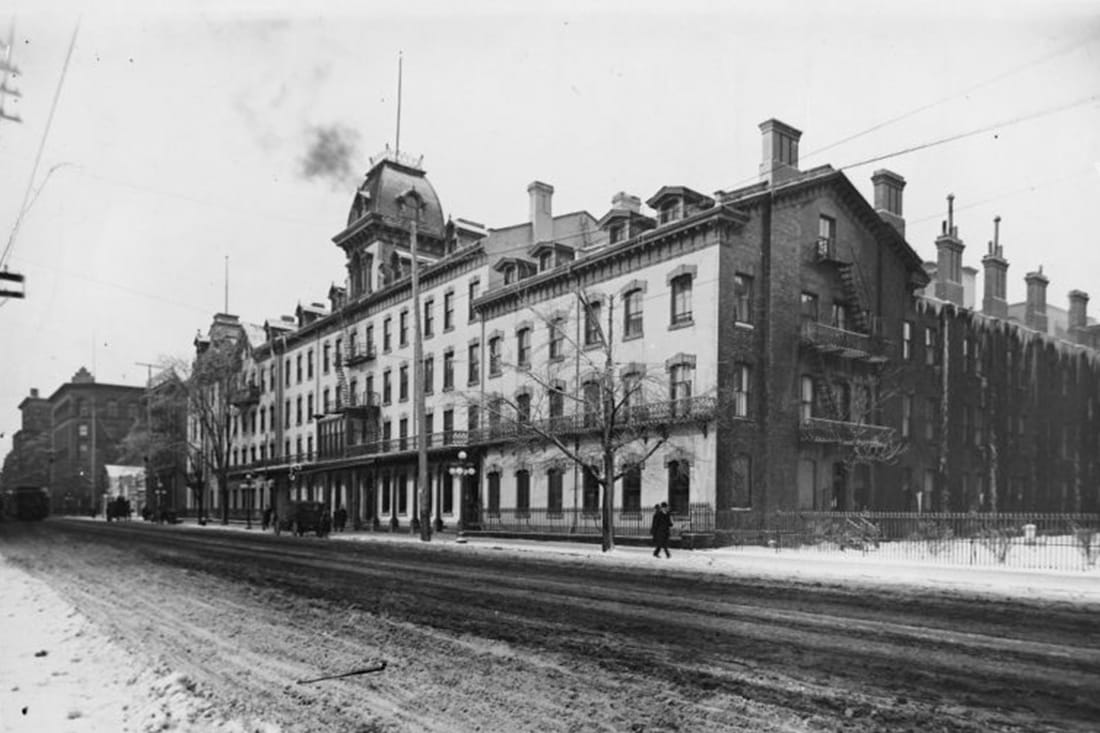 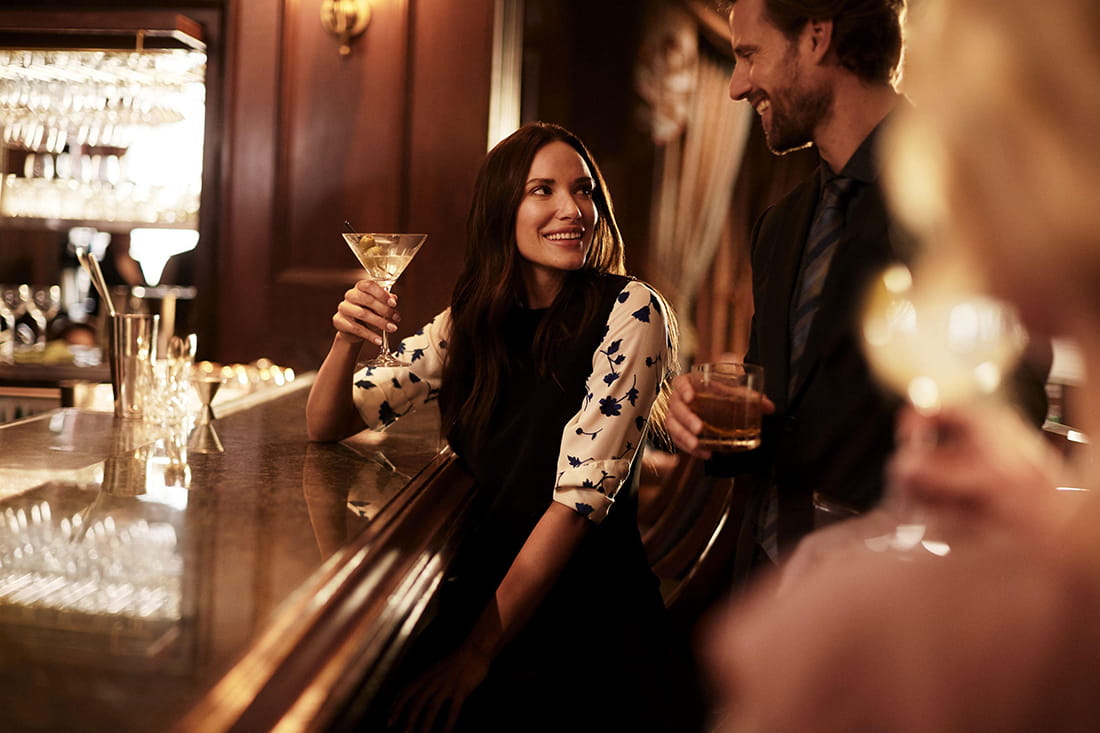 A Nightclub Boasting Big Shows and Even Bigger Stars

Today’s Imperial Room serves as a major events venue with its 500-seat capacity, wrap-around floor-to-ceiling windows, and permanent stage. But back in its heyday, the Imperial Room was known as Toronto’s nightclub/supper club hotspot. From the 50s into the 80s, the Imperial Room hosted nightly shows while serving up dinner on silver platters. It was a decadent and glitzy atmosphere, and a venue that attracted some of the biggest names in show business.

Legendary crooner Tony Bennet performed many times at the Imperial Room, as did iconic jazz singers Ella Fitzgerald and Peggy Lee. American actress Ginger Rogers performed a solo show later on in her career at the Imperial Room after her long-time dancing partner, Fred Astaire, stopped dancing professionally to pursue acting full time. And famous comedian Jim Carrey made his comedic stage debut at the Imperial Room. Of course, that’s not all of the notable stars that have performed at the Imperial room. Others include Anne Murray, Duke Ellington, Eartha Kitt, Louis Armstrong, Tina Turner, and Marlene Dietrich. So, although the hotel’s current Imperial Room no longer serves as a nightclub, it definitely has seen an incredible amount of historic performances play out on its stage. 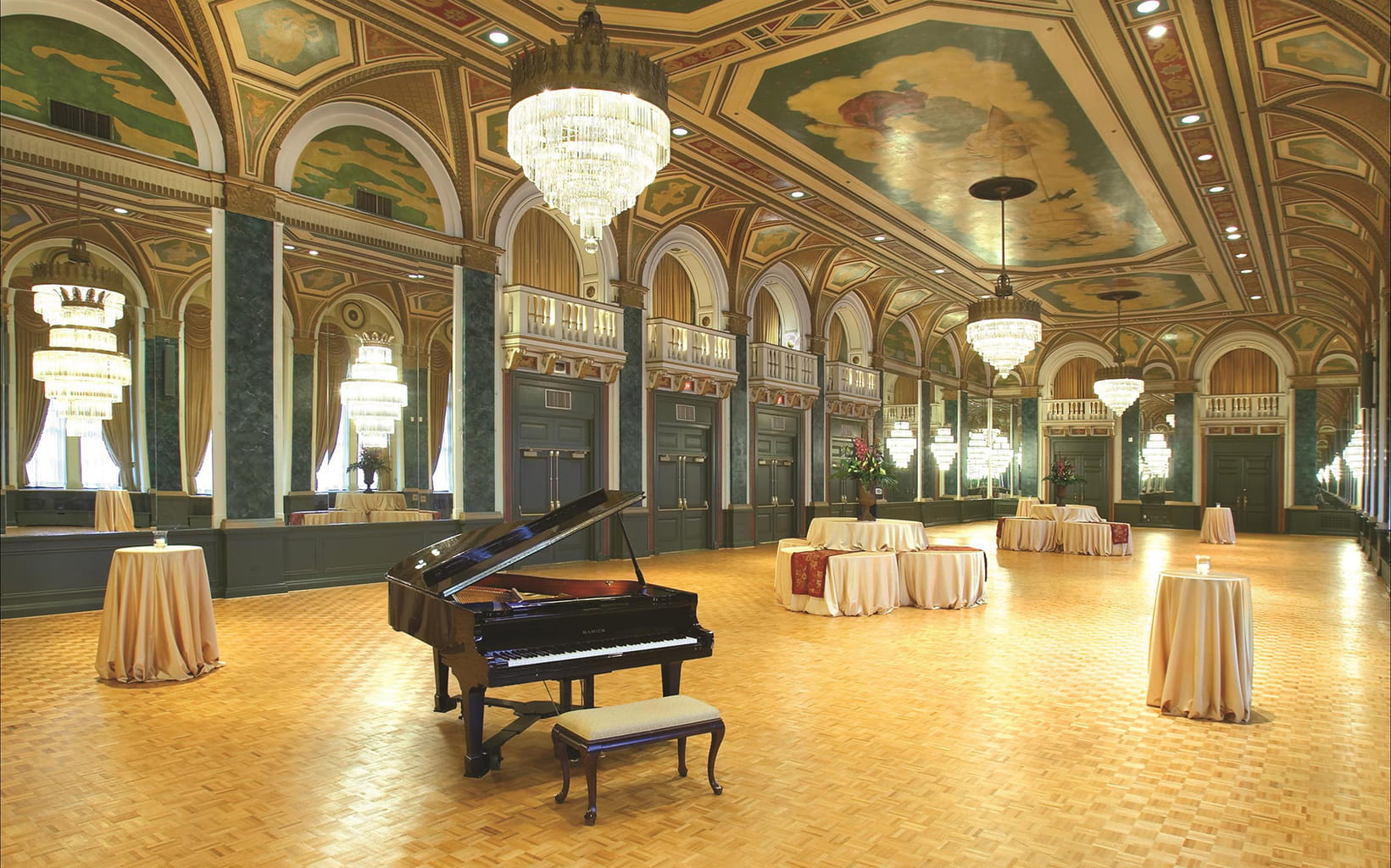 Hotel of Choice for Royal Families

It’s not a coincidence that the Fairmont Royal York hotel has the world royal in its name. That’s because it has the distinguished honor of being the hotel of choice for members of the Canadian Royal Family. Canada was under British rule from the signing of the Treaty of Paris in 1763 until eventually gaining its independence in 1931. But it wasn’t until 1982 that complete legislative dependence on the United Kingdom was terminated. Because of the British-Canadian history, the British Royal Family is still considered the Canadian Royal Family as well.

The hotel has seen many royals come through its doors, with the firsts being King George VI and Queen Elizabeth during their royal tour of Canada in 1939. And Queen Elizabeth II stays at the Fairmont Royal York when she’s in Toronto. Other members of the Royal Family who have stayed at the hotel include Prince Andrew, Duke of York; Charles, Prince of Wales; Camilla, Duchess of Cornwall, Prince Harry, Duke of Sussex; and Meghan Markle, Duchess of Sussex.

Of course, when the Queen is in town, an entire floor of the hotel is typically reserved for her and those accompanying her while she occupies the Royal Suite. And it’s such a big deal that the Queen is staying that the floors above and below the Royal Suite remain empty from two weeks prior to her arrival until her departure.

In 1999, the Fairmont ushered in the new century with a $28 million restoration and redesign. The hotel had been dramatically redecorated in the late forties by Dorothy Draper, arguably the nation’s first professional interior decorator. Draper had a flair for the dramatic and a color sense that was just a shade short of garish. One contemporary acidly described her vision for the Fairmont San Francisco lobby as “Venetian Palace meets Wild West Bordello.”

To bring the hotel back to Julia Morgan’s original vision, the restoration paid loving attention to detail. Draper had covered the delicate marble floor with wall-to-wall red carpeting in an outsized pattern. Underneath, the original marble floor had turned porous and dull from decades of nightly scrubbing. The tiles were removed, flipped and lovingly laid back, good side up, over a new cement base. Since then, Wolfe assured me, the floors get buffed clean every night – no scrubbing allowed.

A Popular Location for Television and Film

In the world of Hollywood, there’s an old adage that not everything is as it seems. And that’s definitely true when it comes to filming a scene at a different location from where the story actually takes place. Toronto has become a Hollywood hotspot for film and television productions, garnering the nickname “Hollywood North.” And when it comes to filming locations in Toronto, the Fairmont Royal York Hotel is the most filmed location in the city. In fact, around twenty film projects are shot there every year. One of the most recent movie projects filmed at the Fairmont Royal York includes 2017’s “Molly’s Game” starring Academy Award nominee Jessica Chastain.

The Fairmont Royal York often acts as a stand-in for American hotels and many other locations all over the world. For instance, it was where a scene for the film “Red” where Helen Mirren’s character uses a machine gun to blow up the hotel kitchen was shot. The scene was filmed at the Fairmont Royal York but the scene actually takes place at the Fairmont Chicago. Another time the Toronto hotel stood in for an American Hotel was in 2001’s “Serendipity” starring Kate Beckinsale and John Cusack. Their characters head inside the Waldorf Astoria in New York City and go to the elevators where they enter separate elevators and leave it up to fate to decide if they both choose the same floor. But actually, they weren’t in New York when that scene was shot. It was filmed at the Fairmont Royal York instead. 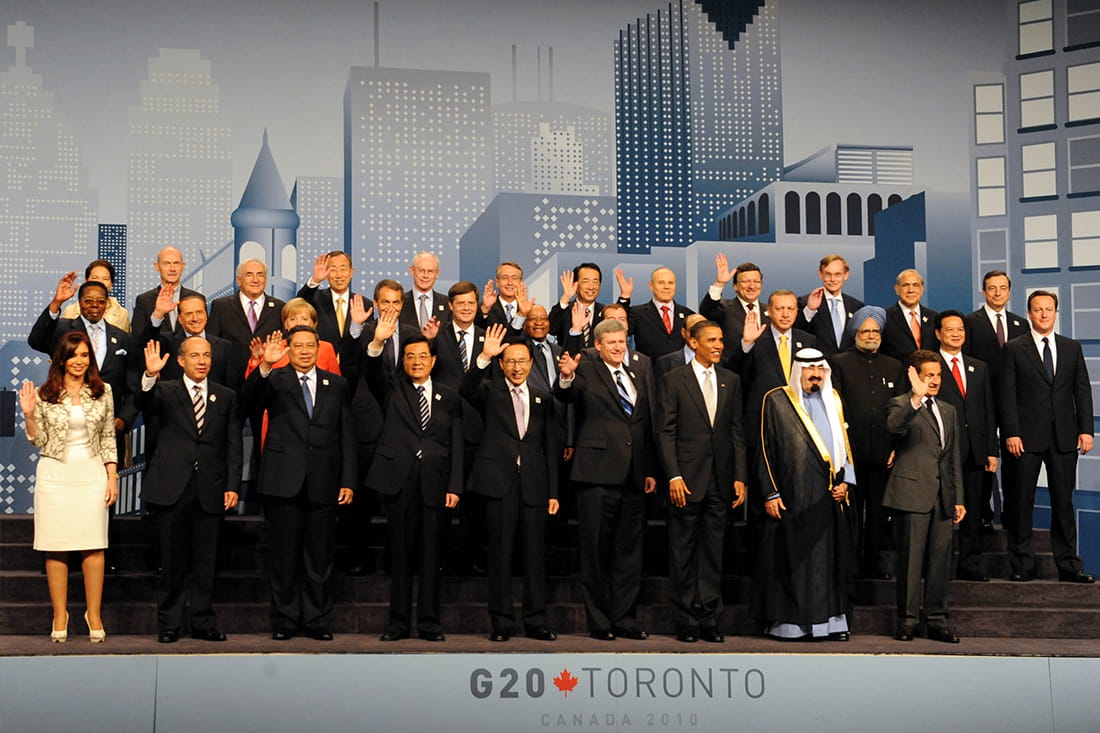 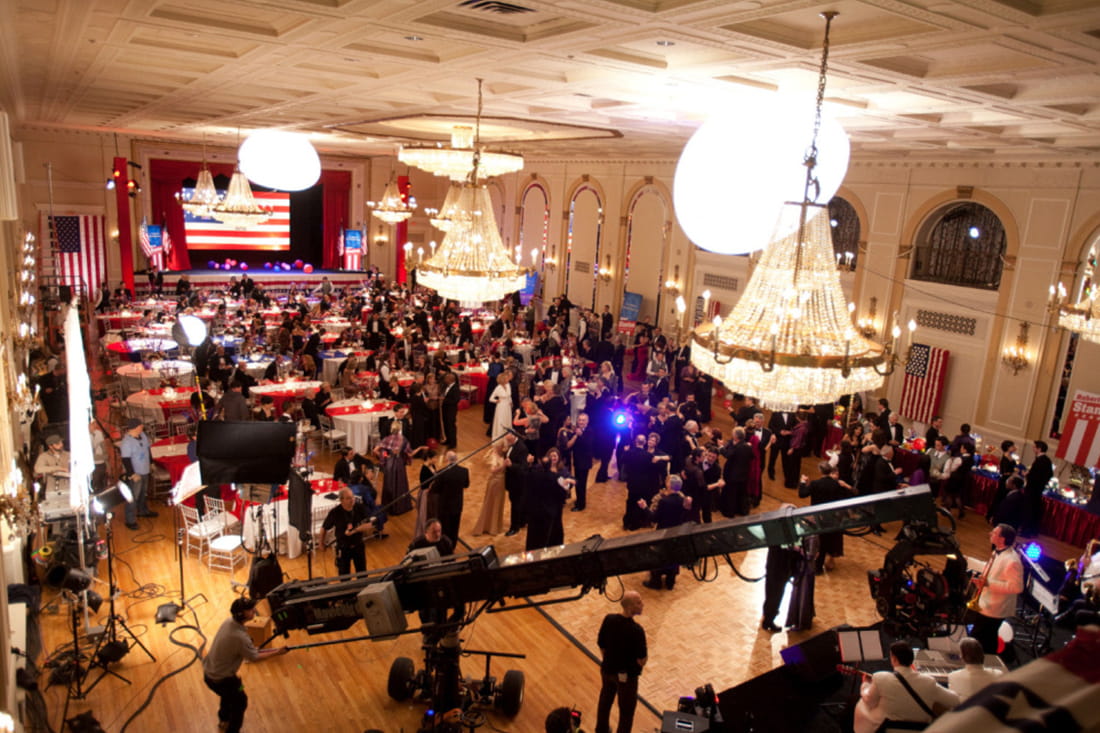 Although the Fairmont Royal York is probably more well-known for its notable guests and for being a prominent location for movie and television filming, it still can’t escape the tales of ghosts and haunting happenings that have been told. One of the more famous ghost sightings is that of a man wearing a purple jacket who roams around the 8th floor.

Another haunting reported numerous times comes from rooms located below the closed down Crystal Ballroom. Guests have reported hearing music and talking coming from the floor above as well as having the elevator taking them up to the top floor where the ballroom was located without pushing the button for that floor. Other guests have experienced the sounds of children laughing and running up and down the hallways of the hotel only to see an empty hallway when they open their doors to look for who is causing the disturbance. So even though the hotel isn’t exactly known as a haunting hotspot, there may definitely be the potential for a few ghostly encounters while staying there.

There’s no question that the Fairmont Royal York Hotel has plenty of stories to tell. And in a city as richly diverse and storied Toronto itself, there promises to be many more interesting and intriguing stories to come in the hotel’s future. 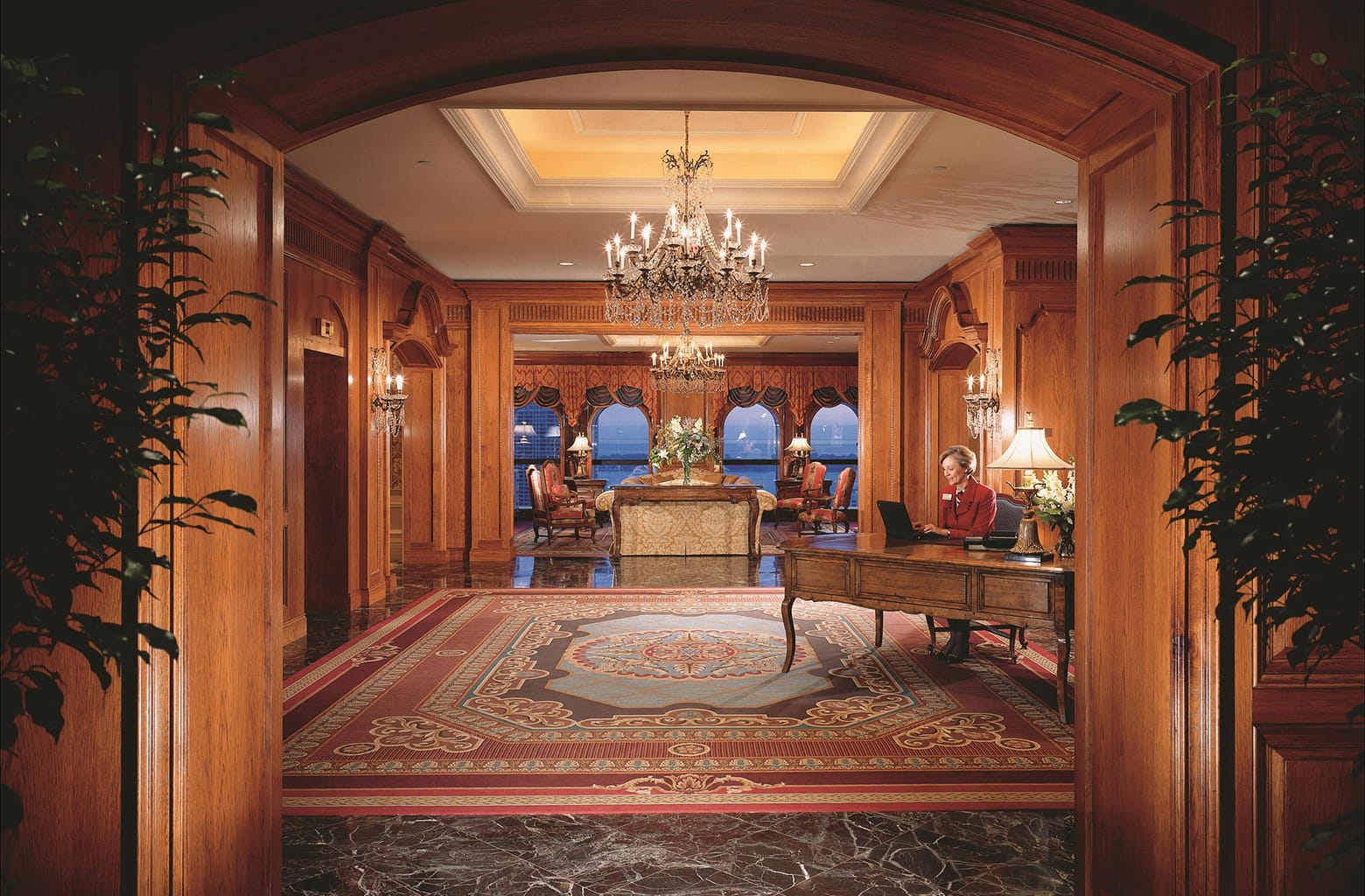